1 Comment
"Dallas-based Texas Instruments' latest generation of calculators is getting a modern-day update with the addition of programming language Python," reports the Dallas Morning News: The goal is to expand students' ability to explore science, technology, engineering and math through the device that's all-but-required in the nation's high schools and colleges...

Though most of the company's $14 billion in annual revenue comes from semiconductors, its graphing calculator remains its most recognized consumer product. This latest TI-84 model, priced between $120 to $160 depending on the retailer, was made to accommodate the increasing importance of programming in the modern world.
Judging by photos in their press release, an "alpha" key maps the calculator's keys to the letters of the alphabet (indicated with yellow letters above each key). One page on its web site also mentions "Menu selections" that "help students with discovery and syntax." (And the site confirms the calculator will "display expressions, symbols and fractions just as you write them.")

There's even a file manager that "gives quick access to Python programs you have saved on your calculator. From here, you can create, edit, run and manage your files." And one page also mentions something called TI Connect CE software application, which "connects your computer and graphing calculator so they can talk to each other. Use it to transfer data, update your operating system, download calculator software applications or take screenshots of your graphing calculator."

I'm sure Slashdot's readers have some fond memories of their first calculator. But these new models have a full-color screen and a rechargeable battery that can last up to a month on a single charge. And Texas Instruments seems to think they could even replace computers in the classroom. "By adding Python to the calculators many students are already familiar with and use in class, we are making programming more accessible and approachable for all students," their press release argues, "eliminating the need for teachers to reserve separate computer labs to teach these important skills.

jepler
Yes I've verified that some strings added to Circuitpython by me also appear in the `Python.8ek` file downloadable at https://education.ti.com/fr/software/update/83-ce-software-update/83ce-download?q1=83-ce-py&count=1 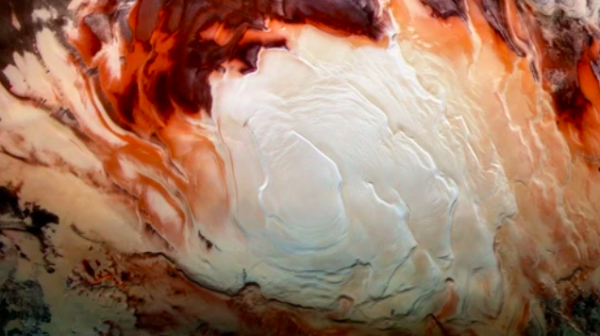 Did they really see lakes on Mars?

For instance, one team of researchers demonstrated “that clay minerals known to exist in the south polar region of Mars are sufficient to fully explain the radar observations,” according to a study published on Thursday in the journal Geophysical Research Letters. While these minerals, known as smectites, might rule out the existence of lakes on modern Mars, they corroborate the evidence that the red planet was much wetter billions of years ago.

try to guess the difference between art priced under $25 and over $4,000 on eBay #
Read the whole story

jepler
reply
I was amused. I seemed to be getting to 80% pretty easily
Earth, Sol system, Western spiral arm

“Tivoization” and Your Right to Install Under Copyleft by bkuhn@sfconservancy.org (Bradley M. Kuhn)
Friday July 23rd, 2021 at 9:41 PM

This blog post fully explores that question, in the context of the right to install under GPLv2, and further discusses how it relates to GPLv3 and the “tivoization” rhetoric.

jepler
reply
This corrected a misconception or two I had
Earth, Sol system, Western spiral arm

1 Comment
After Hand Tool Rescue restored a "grip anything" fractal vise, everybody got into it. Nebraska-based artist Steve Lindsay has been working on a modern metal one for six years. You can put a downpayment on one for yourself, but he doesn't know how much it'll cost when it's done.